In nature generally and in the forest in particular you can find out who you really are. At the Guard Patrol, you can discover whether you are:
Sly as a fox….
Hungry as a bear…
Tough as a sheep…
Brave as a miner…

The Guard Patrol lookout forest park is perfect for a delightful afternoon with family and friends. Take comfortable clothing, suitable footwear and a small snack, and leave your worries behind. Go morning or evening, on foot or by bike, and you can sure of a wonderful experience.

The Guard Patrol offers a panoramic view of the Rokytnice valley, Lysá hora and Kotel, as well as stunning views of Paseky and Vysoké nad Jizerou. However, the individual prospects are not for everyone – find out if you can conquer a fox, a bear, a sheep and a miner!

If coming to Rokytnice from further away, use the designated parking bays, for example the P4 car park in Horní Rokytnice, and follow the green coloured sightseeing circuit to Patrol(approximately 4km). Alternatively, use the car park above Františkov and follow the red tourist route directly to Patrol. This is a pleasant walk of around 3km.

The closest parking spots are at Hotel Na Stráži, although please note that arrival here is possible only in the direction from Jablonec nad Jizerou..

Check out the map

Once upon a time…

The ridge of Stráž rises above Rokytnice. Its western end descends towards the wild waters of the Jizera river and continues east along the Sachr and Vlčí ridges to the mythical Kotel mountain. Stráž, or Strážník as it is also known, was once a place where fires were lit to signal that enemy troops  were crossing the border. The smoke signal was duplicated by patrols in Kozákov and deeper into Bohemia. Today, fortunately the fires no longer burn and Rokytnice nad Jizerou has new protectors – the town is overseen on the rocks of Strážník by four patrons from the coat of arms symbolising the four villages that in ancient times merged into the town of Rokytnice – the fox, the bear, the sheep and the miner – The Guard Patrol.

The fox settled on the first rock with his long body on the rock and his tail poking into the valley. He watches over the entire Rokytnice and surrounding hills. He watches with a keen eye the last snow on the slopes of Lysá hora melting away and the first primroses being warmed by the spring sunshine. The summer sun bleaches his back and the autumn rain darkens his wooden fur. So come on in – the fox of Františkov will take you on his back!
There is a pleasant view of the fox from a small footbridge close to the rest area that is aperfect stopping point for an afternoon snack. There are more stops along the way, so if it is busy at the fox, don't worry, you will soon find somewhere else to rest. 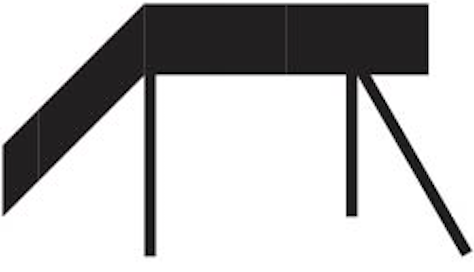 The bear hides in the woods just outside the fox. He stands on stone among the blueberries and looks into the treetops. He seems well fed and is a good size. "Get on my back!" the bearsays, inviting you to a lookout that offers a splendid view even when fog is rolling over the mountains. If fortunate, you will see woodpeckers in action while you also might by lucky enough to run into a roe deer family wandering in the woods at the top of Stráž. The bear was originally from Dolní Rokytnice but he seems to like it up here. He is calm and likes people, so have no fear and listen to him. Get on his back. 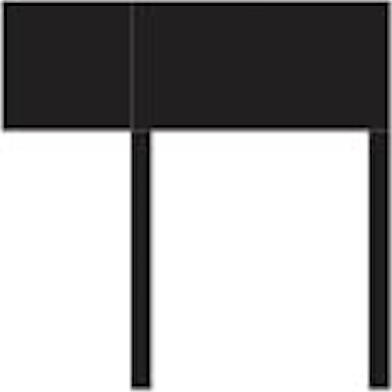 The sheep wandered to Stráž from the meadows of Horní Rokytnice. He guards the road to the miner, the last stop on the route between the guards on Stráž. Curled up in a forest among blueberry bushes, he lends his hump without fear. Climb the ladder to stroke his back and he will be happy. 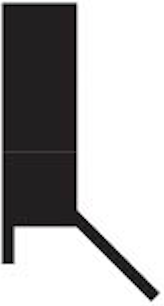 You reach the miner via the footbridge. It stands on a high rock known by local climbers as Ká Pětka. Its shape is a reference to Rokytnice’s mining past. As a symbol of Rokytno, it is the last of the four-strong patrol and a huge figure looking down into the Jizera valley. A steep staircase takes you to a lookout with an exceptional view. If you listen, you can hear thesparkling waters of the river as it makes its way through the untamed valley from the mountains on the border with Poland. Sit on the steps and savour the panorama of the slopesabove the river. It is truly breathtaking here.

The Guard Patrol project commenced in 2014 when we designed a series of small stops on a climb above Rokytnice. The concept was born from the original intention of the town to build a classic lookout tower at the top. However, the morphology proved unsuitable for the construction of an observation tower because at standard heights it did not provide an adequate view. We therefore designed several stops on the rocks that line the top. The inspiration for the light steel constructions, clad in wood, was the figures from the coat of arms of the town of Rokytnice nad Jizerou. And so today our town is watched over by itspatrons, the fox, the bear, the sheep and the miner – our Guard Patrol.​​

The "Złoty Widok" (Golden Viewpoint) is 610 metres above sea level on the slopes of Drewniak. This tourist attraction Piechowice can be found in the village of Michalowice. There is a beautiful view of the High Jizera ridge with the peak of Wysoki Kamień and the entire western zone of the Giant Mountains from Szrenica through Violík and Sněžné jámy to Vysoké kolo. The buildings in the lower part of Szklarska Poreba are also clearly visible. The view changes according to the time of day, season or weather. The light, visibility and clouds are forever changing…only the Giant Mountains remain in their permanent glory.

The site is accessible free of charge and can be reached by car or the direct bus No. 15 from Jelenia Góra, although you complete the final part of the route on foot. The easiest way to get to the viewing platform from Michalowice is from Złoty Widok (Golden Viewpoint).

The road is not long, but it is steep, although it eases as you progress. After a short while, you reach Kociołki (Kotlíky), a breathtaking rock formation discovered and described more than 100 years ago by Wroclaw professor Scholz. This is a major tourist attraction of Michałowice with more than 30 round cauldrons (giant pots) up to 1.5m in diameter and up to 0.8m in depth. It is not known exactly how they were created, with one explanation being the swirling movement of water and the material carried by it during the Ice Age, and another that the dripping water washed away the rock and in winter froze and cracked it to increase the depressions. In earlier times, it was speculated that these curious shapes were created by human hands as pagan cult and sacrificial sites, hence in German they were called sacrificial bowls (Opferkessel). To the west of Golden Viewpoint there is a steep slope left from the former quarry where granite was mined until the mid-1990s.

The primary goal of the project is to increase visitor numbers to the Czech-Polish border in the Nisa Euroregion by using the potential of the western sector of the Giant Mountains.